Born in Cobourg, Canada - one of Hollywood's greatest stars

The Dressler Story: to Dream, to Dare, to Persist, to Win

Cobourg is the birthplace of Marie Dressler - one of the greatest comediennes of her generation and one of Hollywood's best loved stars.

This is the official site of the Marie Dressler Foundation whose mission is to make sure that Marie Dressler is remembered. The Foundation, a registered charity, was created to raise money to restore her house when it was burnt down in 1989 (More here).

Our largest activity has been the Vintage Film Festival which is held on a weekend in October every year.

But in 2018 we had additional major events to celebrate Marie's 150th birthday.

Another major activity of the Foundation is to award scholarships/bursaries to students planning to pursue an education in the arts field. There is a list of previous scholarship winners here. The 2019 winners were presented with their awards at Dressler House on July 6  - see the story with photos here.  For more information on how to apply, go here.

Also available on this site

Marie Dressler Foundation is planning an expansion of the museum at Dressler House to include sections for the other two Canadian female Oscar winners: Mary Pickford and Norma Shearer and at the Council Meeting on 13 January 2020, the team working on this gave a progress report.  Toronto University agreed to offer the project to students in their Master program for Museum Studies and 5 students accepted: Michelle Wright, Enya Barbeau, Karen Cheung, Natalie Heaton and Emma Myers.  They presented a brief overview of what the museum will look like and talked about the great access they had to experts who are knowledgeable about the two stars plus thousands of artifacts – mostly photographs and film clips.  It appears that this will be the first museum dedicated to these Oscar winners so the artifacts will have a home.

Saturday November 9, 2019 was Marie Dressler’s 151st birthday and we celebrated it.  After an introduction by Town Crier Mandy Robinson, foundation chair Rick Miller presented the documentary Without Lying Down which is about women in early Hollywood who were very successful. The film focused particularly on screenwriter Frances Marion and her close friend Mary Pickford. Rick then briefly spoke about the Foundation’s plans to expand the existing Marie Dressler museum to include female Canadian stars Mary Pickford and Norma Shearer.  He also called on Mayor John Henderson to draw the ticket for the winner of the first of three door prizes.  After the event, the good-sized audience in the Citizen’s Forum in Victoria Hall were invited to enjoy the refreshments.

Below are some photos of the event.  Click any photo to enlarge then scroll through all of them. 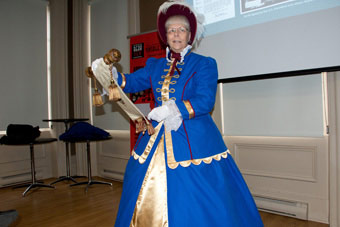 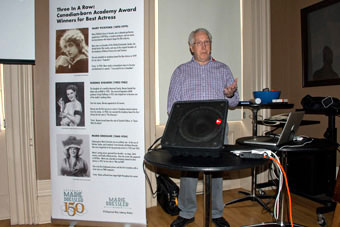 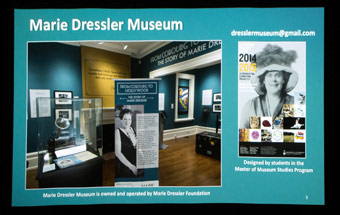 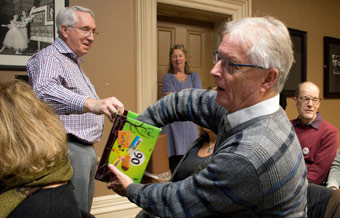 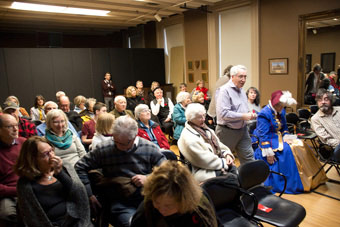 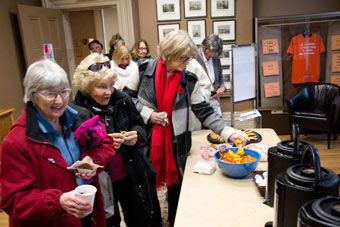 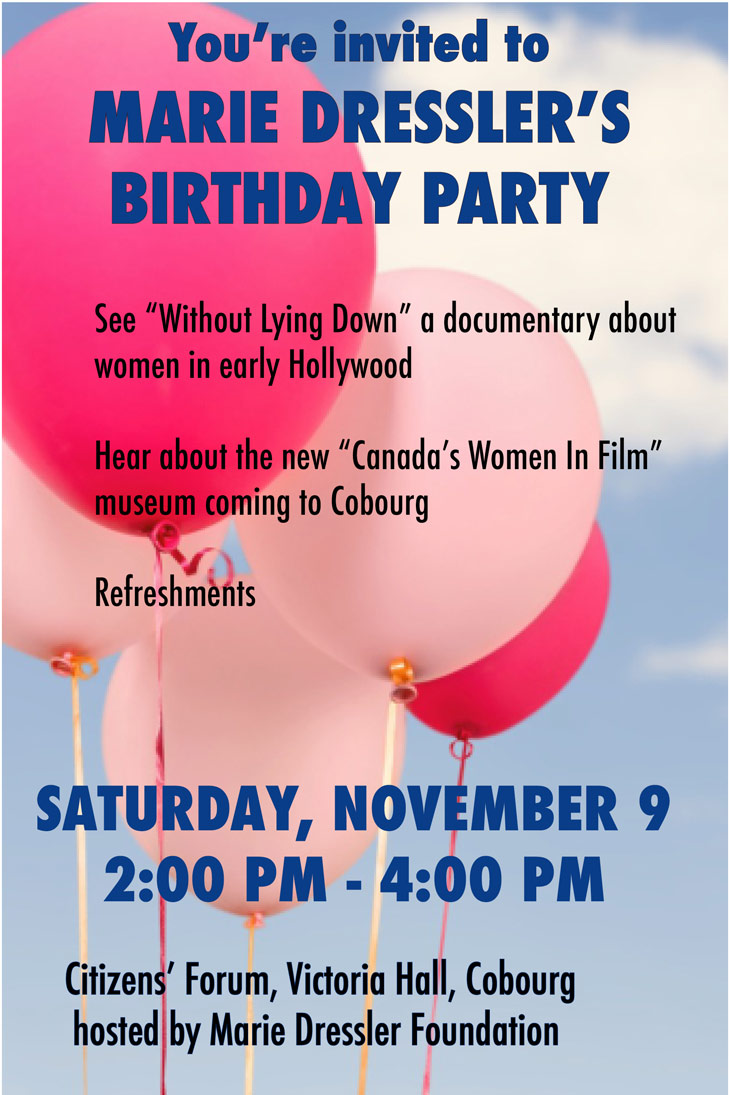 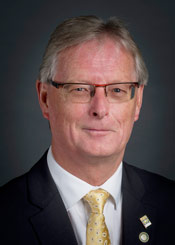